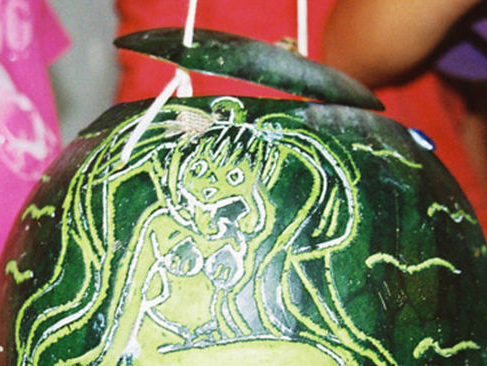 Alcudia is a town in Mallorca that is located in the north of the island. It's one of the most popular places for cultural events and activities throughout the year. And more so during the summer season, because of the increased tourist population in the hottest months of the year. This is due to the large number of hotels and restaurants in the Alcudia and Puerto de Alcudia areas, and to the rich cuisine and cultural tradition.

Alcudia is known for having its own traditions and culture, more so than many places across the island. As has been mentioned above, it is also one of the towns with the largest number of tourists, which is why preserving local traditions is so important. These festivities attract more and more tourists who are interested in taking part and gaining a better understanding of the local customs.

One of the most well known traditions in Alcudia, and more specifically in the summer, is the Festa de Les Llanternes.

What happens on the Festa de Les Llanternes?

This festivity takes place on the 24th of August, on the day of Sant Bartomeu. On this day, the little ones walk around the town with lanterns made out of melons and watermelons, singing traditional songs from Mallorca and the festivity itself. The song for this festivity goes: "El sereno ha mort un moix, i l'ha duit en es secós..."

The origin of this festivity is connected to the melon and watermelon season that ends on the last days of August. For years, this tradition was followed in many locations across the island, where people used the last melons and watermelons of the summer season to entertain the little ones. They are emptied out and decorated. Then, a candle is placed inside them to make them into real lanterns.

Over the last few years, the festivity has grown and developed, and now people make lanterns out of peppers, aubergines, courgettes and even lemons and oranges. Workshops even take place where people can learn how to make and decorate “Les Llanternes” that the participants will be able to carry. On Friday the 24th of August 2018 at 20:00h people are meeting in front of Can Dameto, which is where the procession down the Placeta de la Glòria will begin.

Another of the best-known traditions in Alcudia is the open-air market that takes place every Tuesday and Sunday. This market has two sections. One area for local products from Alcudia and another for the sale of all kinds of products: clothes, accessories, souvenirs...

And of course, the water sports and activities on the coast are not to be forgotten. The cities of Alcudia and Puerto de Alcudia are known by the locals as one of the best areas for water sports on the island. No doubt, this is one of the major tourist attractions in the area.

There is also a great golf club, located only 15 minutes away from the town that has a spectacular view of the Alcudia bay.